A chart/image showing the different Philippine Scripts is currently circulating in the internet and resurface from time to time especially in different social media platform. This image was originated from a group called Odyssea: Nature, Culture, People which sought to educate the public on different scripts of the Philippines. This image was gone viral when it was featured in an article by Interaksyon However, the image is inaccurate as it stresses that we have a lot of different scripts that represent each language or region which might mislead others who are not familiar with those scripts. 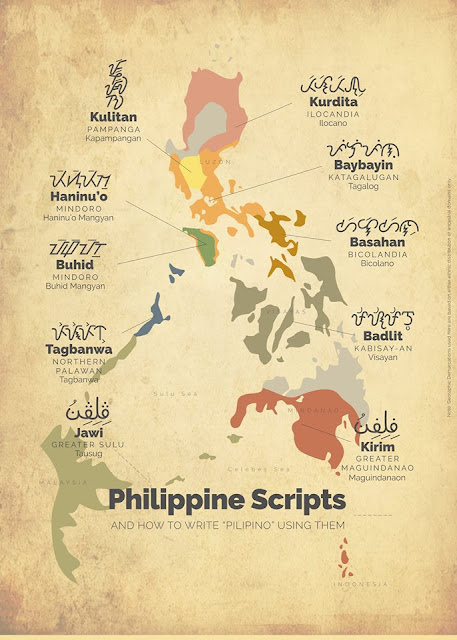 So let us correct the chart: 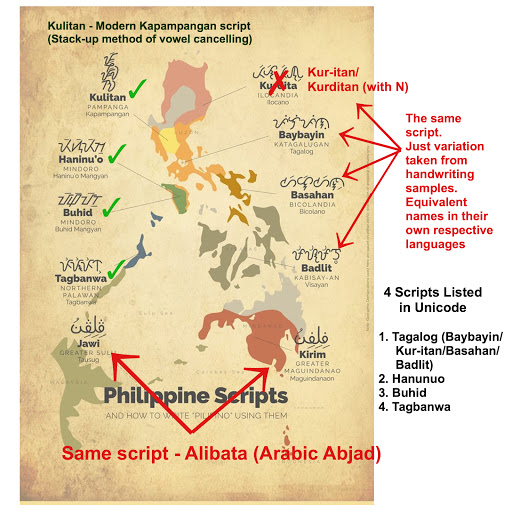 First, Kur-itan or Kurditan is the right term not 'Kurdita'. Kur-itan along with Baybayin, Basahan and Badlit, including old Kapampangan 'Kulitan' are the same script. They have the same basic structure of each characters and those variations are due to the fact that the Spaniards who recorded those samples which was taken from different places specifically in each language/region are just handwriting samples of a single script. 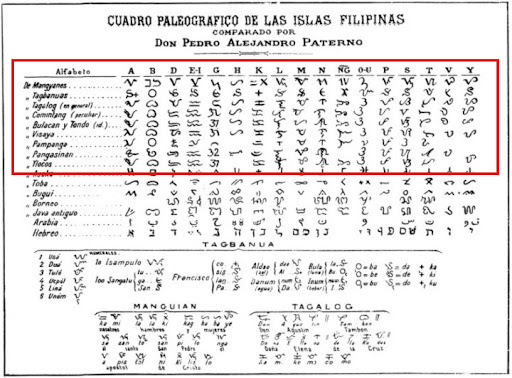 Palaeograhic Chart of the Philippines

Also the term, Kur-itan, Basahan, Badlit and old Kapampangan 'Kulitan' are the equivalent names of the Baybayin in their respective languages (Ilokano, Bikol, Visayan and Kapampangan) as mere translations of the Tagalog name.

What is now deviated and became a different form are the Mangyan scripts Buhid and Hanunuo and Tagbanwa in Palawan which are listed in the Unicode Consortium including Baybayin (under the name Tagalog). The modern Kapampangan 'Kulitan' might be categorized as a separate script due to is transformation from usual vowel-cancelling virama to stack-up mode of vowel cancelling.

The other two, Kirim and Jawi are just variation of the Alibata (the Arabic Abjad) script applied for Mindanao languages associated with their religious culture (Islam).

Beginning in the late 90s, before the turn of the 21st century, baybayin script started appearing in showbiz industry. It was first appeared as a cover art for the TV drama-action series Pintados (The Painted Ones) broadcast by GMA Network. It premiered on September 4, 1999 and ended on September 2, 2000 with a total of 52 episodes


Followed by Pintados a kid-oriented show was broadcast this time by TV network ABS-CBN from 2000 to 2001.


In episode 103 of Amaya, a Philippine fictional historical period drama broadcast by GMA Network which premiered on May 30, 2011, the main character named Amaya (portrayed by Marian Rivera) teaches baybayin.


Recently, baybayin was showcased as part of the story in The Day After Valentine's, a romantic movie released in 2018. The plot centered a woman (portrayed by Bela Padilla) that takes the responsibility of helping a brokenhearted and self-destructive man (portrayed by JC Santos) to fix his problems. Being part of the story, baybayin was also featured in the poster written as ᜆᜌᜓ ᜈ ᜊ below the title of the movie.


Another movie which will about to release in 2019 titled Indak has a baybayin translation of the title itself. The film stars Nadine Lustre and Sam Concepcion.

After the first printed book in the Philippines the Doctrina Cristiana in 1593 where baybayin characters was first printed in paper, not much have been printed since then but by the 20th century up to this day, baybayin literature again resurfaced due to its gaining popularity especially in the digital age. 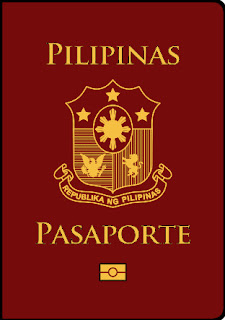 
A new generation of Philippine e-passport was released on August 15, 2016 by the Department of Foreign Affairs shows a generally new design. Aside from advanced security features is the inclusion of baybayin script in one of its pages.

The release of Apple's iOS 9 on September 16, 2015 focuses less on new features and more on under-the-hood optimizations, as well as battery improvements but in baybayin, this is the finest day. iOS 9 expanded its Unicode range on its System font by utilizing the Google Noto Font which includes Tagalog, Buhid, Hanunoo, and Tagbanwa script. Now it can be seen the baybayin clearly in iPad and iPhone that has iOS 9 version. No more squares or boxes in messaging, messenger and safari browser.

However there is no fully supported third-party baybayin keyboard yet that can directly type the script but it can be done through a separate customized keyboard by Unicode Pad. Simply type in and copy-paste it to desired messaging.


With the inclusion of baybayin in iOS 9, it paved the way to a broader and wider field in cyberspace and communications. More people will be able to use the script for communication and has wider access and exposure to the world. This cemented the script together with the existing scripts like Korean Hangeul, Japanese Katakana/Hiragana, Chinese Hanzi, Thai, Hebrew, Arabic and others, ultimately placing it to a full-pledged living script. 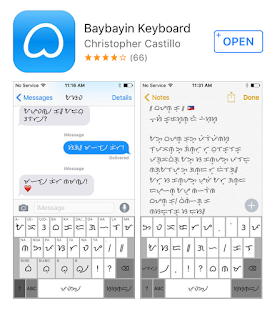